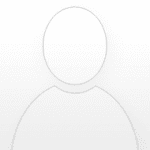 Janet Klein Brown is a retired attorney who worked for the State of Maryland Office of the Attorney General as an administrative prosecutor for the Maryland Board of Physicians.  In addition, Ms. Brown prosecuted disciplinary cases for most of the other health boards in Maryland, including Acupuncture,  Nursing, Podiatry, Physical Therapy, Psychology, and Social Work.

Prior to being a prosecutor, Ms. Brown served as Board Counsel for the Maryland Board of Dental Examiners, the Chiropractic Board, the Board of Morticians, and the Board of Nursing Home Administrators.

In addition, Ms. Brown served as the Chair of the Institutional Review Board of Friends Research Institute, Baltimore, Maryland from 1980 to 2018.  Prior to becoming an attorney, Ms. Brown, who has a Masters in Social Work, had a number of years experience as a clinical social worker, in psychiatry, both in and outpatient, and in the public school system.