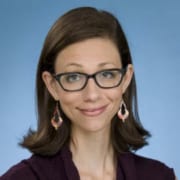 FRI is pleased to announce that Dr. Ariel Ludwig has been promoted from a Research Associate to an Assistant Research Scientist, effective September 24, 2020. Since joining FRI in 2019, Dr. Ludwig has performed several qualitative analyses of research data resulting in publications ranging from the establishment of methodological best practices (in press, International Journal of Qualitative Methods) to the phenomenology of overdose among youth with opioid use disorders (in press, Addiction). Arising from a NIDA-funded study of extended-release naltrexone among youth, Dr. Ludwig has also contributed to manuscripts addressing HIV risk behaviors, the criminal justice system, and the roles of caregivers in resource provision. Additionally, Dr. Ludwig has conducted qualitative analyses of patient navigation in association with a Clinical Trials Network ancillary study. Dr. Ludwig hopes to continue learning about study design and data analysis to assist with future FRI research efforts. FRI would like to congratulate Dr. Ludwig on this notable achievement and wishes her a prosperous career with the organization.