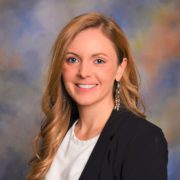 FRI is pleased to announce that Dr. Karli Hochstatter has been promoted to a Research Scientist, advancing from her position of Assistant Research Scientist which she has held since joining FRI in October 2021. Over the past year, Dr. Hochstatter has contributed to FRI studies focused on examining patient preferences and service delivery strategies. She has also maintained her longstanding collaboration with the Office of the Chief Medical Examiner (OCME) in New York City where she is based, to study novel approaches to track and combat drug overdose fatalities. Her recent peer-reviewed publications have characterized fentanyl preferences among people with opioid use disorder, and evaluated a methodology used by the New York City OCME to rapidly identify drug overdoses as part of death scene investigations. Recently, Dr. Hochstatter received an R01 grant from NIDA to further optimize this methodology, known as the Suspected Potential Overdose Tracker (or SPOT Tool), and implement it in other jurisdictions across New York. In addition to this work, Dr. Hochstatter is working with Dr. Gryczynski and other FRI colleagues to study the impact of changing practices in methadone treatment on treatment access, patients’ recovery outcomes, and community-level overdose mortality. FRI would like to congratulate Dr. Hochstatter on this accomplishment and wishes her a productive career with FRI.